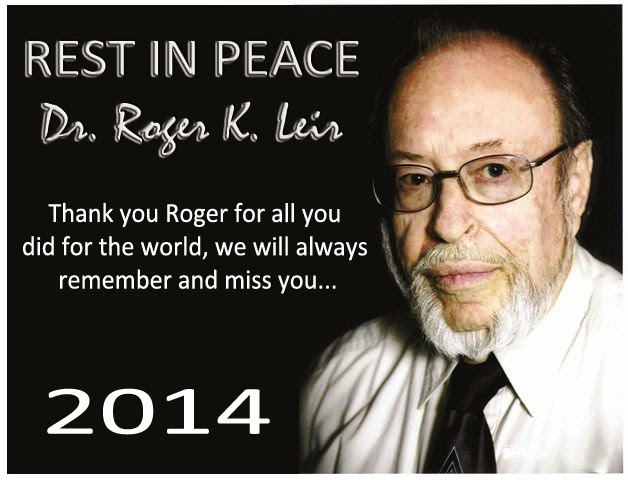 Deeply sadden to have to give this news to you all right now. Dr. Roger Leir has passed away of a heart attack as he was checked in to a hospital waiting on surgery on his foot. He went to the bathroom, and never came out.

My deepest condolences to his family, friends, and loved ones... He was one of the good guys and I'm proud to say I knew the man. While not very well I did get a chance to speak to him briefly a few times, and he was going to be a guest on this radio show when he got better from his current surgery later this year.

I spoke to him just a couple of months ago when we had Jose Escamilla on my show, and he was very upbeat, and was keen on being on the show also. Very nice man, and such a shame, and loss for us all in ufology. He will be missed by us all.

He was also interviewed on countless tv shows, and radio shows. Recently he was on Art Bells "Dark Matter" Radio show which aired in 2013.

Dr. Roger Leir said he removed about a dozen implants from people's bodies and claims they are devices that "emit radio signals." Leir alleges that implants have moved by themselves during surgery as if to avoid removal. Leir says that laboratory testing of the implants imply they are of extraterrestrial origin.

His work in ufology will not be forgotten anytime soon. He was a major help at the Citizens hearing for disclosure up in DC, and here is a video of his time at the hearing.

For all of us on Skywatchers Radio, PSN RADIO, and Dark Matter Radio Network
we are once again deeply sadden by the loss of Dr. Roger Leir... - Angel Espino